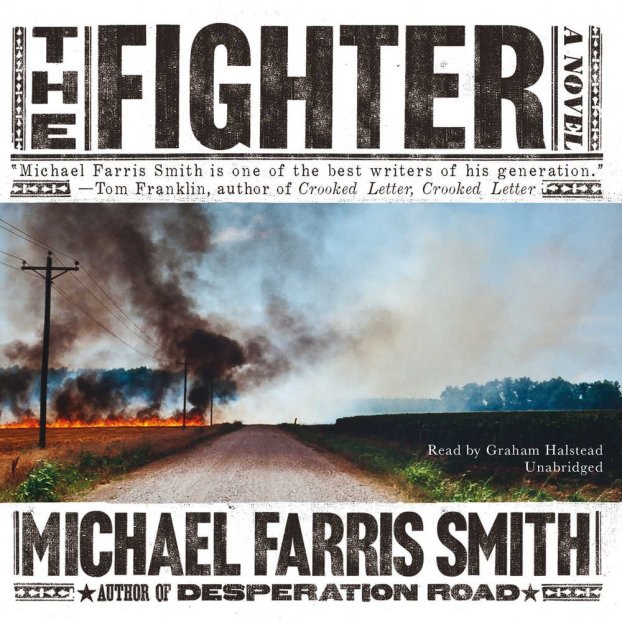 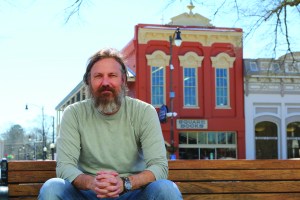 Oxford author Michael Farris Smith will soon see his fourth novel, “The Fighter,” come to life as production for the film adaptation, retitled “Rumble Through the Dark,” will begin in the Delta at the end of July.

It was recently announced  that actor Aaron Eckhart, best known for his roles in “The Dark Knight” (2008), and “Thank You For Smoking” (2005), will be portraying the story’s lead character Jack Boucher.  Boucher is a seasoned fighter on the bare-knuckle circuit who is plagued by a career riddled with concussions, and whose harsh circumstances eventually lead him to take on his greatest challenge.

Published in March of 2018, the book is significant to the award-winning author’s relationship with Oxford because it was his first published as an Oxonian.  “I think it is very cool (that) ‘The Fighter’ was my first novel published as an Oxford resident,” said Smith, who has put out two more since.

He also tasked himself with writing the screenplay adaptation for his own book – which isn’t a typical undertaking for a novelist.

The movie is scheduled to start filming in Natchez  on July 27, and Smith feels fortunate for the opportunity to be hands-on with the production.  This is due in part to his close relationship with the film’s directors, brothers Parker and Graham Phillips, who head Phillips Pictures, based out of New York City and Los Angeles.

The brothers’ first movie, “The Bygone,” is a Western which has been sold to Netflix and also starred Graham.  This follow-up effort was originally supposed to start filming last summer although like so much else, it was put on hold due to the pandemic.

Phillips Pictures also developed another of Smith’s novels, “Blackwood,” which Parker said in a recent phone call will start filming after “Rumble Through the Dark” is completed.

With regard to how Smith first became aware of interest in his book being made into a movie, he said it all began with an email he received from Cassian Elwes, producer of Oscar-winner “Dallas Buyers Club” (2013), “Mudbound” (2017), and scores of indie films, shortly after a book tour stop he had at Lemuria Books in Jackson.

“So it started long ago,” said Smith, reflecting on that initial email from Elwes, which set the project in motion.  “That was three years ago.”

In 2019, when the Phillips brothers discovered “The Fighter,” they quickly reached out to Smith, but learned the book had already been optioned by Elwes.  So Smith connected the brothers with the producer, and “it just kind of snowballed from there,” said Smith.

The author and the brothers bonded quickly during their first visit to the area, and they “fell in love with Mississippi,” after jumping in Smith’s jeep for a tour of the Delta, Smith said.

Regarding the author’s desire to adapt his own novel to screenplay, Parker said, “that’s one of the special things about him as a writer.  He’s able to cross mediums, which not a lot of people can do.”

Parker also said that since the book is on the smaller side, it will make its transformation into a movie easier – unlike in the past when he’s had to make difficult decisions about what parts to leave out of a film.  “This wasn’t the case with ‘The Fighter,’” he said.

Smith pushed for the movie to be filmed in Mississippi, largely because locations in the story include Clarksdale and Natchez.  “It’s very difficult to fake the Delta,” he said; a sentiment that was also expressed by Parker.  “It would take some of the shine off it, if we had to,” said Smith, a Mississippi native.

Smith said he suspected that the atmosphere of the story, and uniqueness of the Delta, may have been what drew the Phillips brothers to the novel in the first place, and he was right to do so, since Parker later confirmed.

“The Fighter is very atmospheric, and I think this movie that Graham and I are going to direct has got to be atmospheric as well, because place is such an important character,” said Parker.

“Mississippi’s such a unique place – and we all know that,” Smith said.  When I have a story that’s gonna make it to film, I really want it to be in this unique place.  I’ve been very fortunate to have producers and directors that all agree on that.”

A major player in the production’s commitment to filming in Mississippi is the current tax incentive, which had disappeared for a while.  As mainly Georgia and Louisiana have been luring filmmakers to the region with their tax incentives in recent years, Mississippi is making a noticeable comeback.  “That had a lot to do with us being able to make it at home,” said Smith.

The Mississippi Motion Picture Incentive Program provides a cash rebate on eligible expenditures and payroll and provides sales and use tax reductions on eligible rentals/purchases, according to the Mississippi Film Office website.

There are Mississippi-based producers also involved, including John Norris, and Crooked Letter Picture Company-owner Tate Taylor, who both helped bring us the hugely successful film “The Help” (2011).  Also Cleta Ellington of Jackson is among the homegrown production talent.

“It’s great to be a Mississippi writer and work with Mississippi producers right here at home, to make some great movies…hopefully,” said Smith.

The South Panola School District Board of Trustees recently approved the hiring of LaCambrise Pope as the new varsity girls... read more