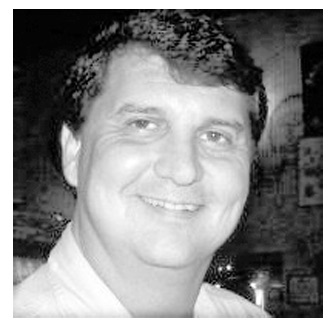 After TVEPA spent all that money developing the TVI Fiber and running the cable all over the county (even to the end of our dead end road in God’s Country), my wife finally got her way.

She successfully ended my years-long love affair with Direct TV. She cut it off with a two-minute phone call.

I am in the process of re-educating myself with YouTube TV, Hulu and everything else on the menu.

I have to say I do enjoy Netflix. We used to hook up our phones through the TV and could watch it with our hot spots using our C-Spire phones occasionally.

It would stop, do the little circling thing, then again and again, and finally play for maybe 20 minutes more. Then it was lather, rinse and repeat.

Buffering is the word they call it. When you have been buffered as often as us you realize it must have Satanic ties somewhere.

I enjoy watching documentaries and movies based on true life. My spouse says it’s because I have no imagination. I say I can’t force my mind to believe crap that’s not true.

Hence, I keep the remote and she listens to a lot of documentaries while leaning back in her recliner reading unreal fantasy books on her I-Pad.

I watched one this past Sunday named “The Most Hated Woman In America.”  It was a docudrama about a woman named Madalyn Murray O’Hair.

She sued the school system in Baltimore to ban Bible reading from school way back in 1960. The Supreme Court sided with her in 1963 and it was deemed the law of the land.

Now with her being hated so badly by the folks in Baltimore, she moved her family several places and eventually ended up in Austin, Texas.

She founded the group American Atheist in 1963 and went on to carry on her God hating cause along with pocketing huge sums of money in the process.

She was a guest on Johnny Carson and Phil Donahue among many other celebrity talk shows.

O’Hair cut off all ties with her eldest son William Murray III after he suffered from alcoholism, left her and her organization, and gave his life to The Lord.

When she was made aware of her firstborn’s decision to give his life to Christ, she stated and I quote, “One could call this a postnatal abortion on the part of a mother, I guess; I repudiate him entirely and completely for now and all times … he is beyond human forgiveness.” End quote.

In August of 1995, O’Hair, her son Garth, and her granddaughter Robin disappeared from their home.

No one seemed concerned about the missing trio other than a worker at her American Atheist organization and a reporter.

Her son William at first was not surprised because it seemed O’Hair enjoyed just taking off to different places and spending the money she received from her donors.

The Austin Police were not very interested in the case because of who she was I suppose.

They were being held hostage by a disgruntled worker David Waters, a convicted murderer who had been fired for stealing money from the organization.

After holding them for over a month, with basically no one looking for them, Garth took delivery of $400,000 in gold coins from an Austin jeweler as part of the ransom.

Waters and his two accomplices then murdered, dismembered and burned the bodies of all three family members and also murdered and dismembered one of the accomplices, Danny Fry, because it was believed he could not be trusted.

The murderous pair put the coins in a storage facility securing their treasure with a $5 lock. Upon returning to the location, they found that their lock was broken and they, too, had been robbed. Ironic to say the least.

Investigators from the FBI and IRS solved the case and completed the investigation. The Austin Police received much criticism for their negligence of interest in the case of The American Atheist.

Gary Karr was sentenced to two life sentences while Waters was only sentenced to 20 years because he worked with law enforcement to find the bodies.

David Waters died of lung cancer in federal prison in 2003.

What a violent and horrible way to leave this world. She relished in the thought of being the most hated woman in America, but even after all that, no human being in my opinion should be taken out in such a manner.

It makes you wonder if she had a minute to say, “Lord, please forgive me.”

After all she had done in her life she could have put it all behind her with a dying breath.

Only her and The Lord know that now.

Take care of yourself folks. Maybe I will find a happier movie to review for you on my next NetFlix binge.

Write to Ricky Swindle at rickyswindle@bellsouth.net

May peace on earth begin with me

By Mary Murphy New Enon Community Our homeland may be under fire, but by whom? Families have lost their way.... read more