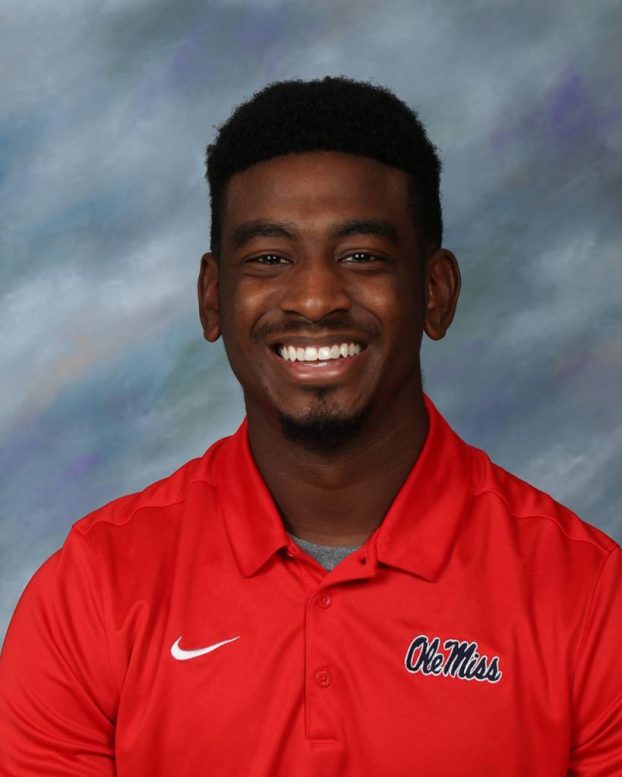 Drummer Michael Ivy puts his energy for performance into the classroom

When Michael Ivy of Batesville was in seventh grade, his band director let him stand up in front of the band and direct for the first time. “I didn’t know what I was doing, but I loved it,” said Ivy, who graduates May 1 from the University of Mississippi with a Bachelor of Music in Music Education.

A student teacher in the band program at Hernando High School, Ivy still loves to direct. But between that seventh-grade moment and today, his path took a few turns before it led him to what he sees as his purpose.

The sixth of eight children in his family, Ivy is also the sixth of eight to follow in his mother’s footsteps and graduate from UM; his two younger sisters are Ole Miss students, too. He tried a couple of different majors in his first year on campus but kept returning to his love of music.

“My father recognized I’d always had a passion for music,” said Ivy, who learned trumpet from one brother and drums from another.

His interest in picking up new instruments led him first to the trumpet and then the French horn before he fell for percussion.

“I’ve always been dedicated to practicing and I love taking on new instruments,” he said. “I learned on my own, then my band directors refined what I knew.”

Once he settled into percussion, he knew he was home. “The drum line is family. Brothers, sisters, cousins – they’re family,” he said.

Upon joining the Ole Miss drum line as a bass drum player, Ivy played the No. 6 drum, the next-to-largest.

“The band asked for more energy, and it was exciting – I kept putting more and more into it,” he said. “Jeremy Roy was playing No. 7 (the biggest bass drum), but when he graduated, I asked for bass 7, and it became my favorite drum.”

Ivy says there’s an expectation that whoever plays No. 7 will bring extra energy to the role to get the crowd going.

“I believe it all started with a guy named Marcus Guinn, who was super-enthusiastic,” he said. “I didn’t know about him when I started, When I started, I was just going for it.”

As a son and grandson of preachers, showing some spirit has never been a problem for Ivy.

“Then people said I reminded them of Marcus Guinn and his incredible energy,” he said. “I was bringing my own energy to it; I didn’t know 7 had that expectation, but after I got into it and saw how people responded, I got it. Now it’s a thing: who’s going to play 7?”

“He’s the most energetic person in steel band – he even choreographed moves for the ensemble, which added more entertainment for the performers and for the audience,” Burkhead said.

Student teaching has only deepened the enthusiasm for teaching and performing that Ivy showed in the Department of Music. He knows what he wants the kids to expect when they walk in the door.

“I want them to know, first and foremost, that music is to be enjoyed,” Ivy said. “We strive for excellence, but we want to enjoy it, too.”

The two are not mutually exclusive, he said. When his students are focused on him and everybody is having fun with the music, the energy is right for real learning.

Ivy may have only one semester of formal classroom teaching under his belt, but he’s been teaching music for years. While he was playing trumpet and then French horn in high school band, he was helping his friends learn drums and make the drum line.

“My band director said she needed me on trumpet and horn, but when she retired after my junior year, I finally made the move to drums,” he recalled. “I got voted drum captain, which was hilarious because it was technically my first year, except that I’d been playing drums on my own all along and helping the others.”

As captain, Ivy stepped in where needed and ended up performing on all the drums. “It really helps me when I write drum music now, because I’ve played them all, so I know what I’m looking for from each drum.”

“If the band directors aren’t drummers, it’s typical to bring in a drum tech to teach the drums their music and technique,” Ivy explained. He also worked with the drum line to create new cadences by writing music that was exciting but easy enough for them to play.

“Over the four years, they’ve built up a repertoire, and they practiced more and became more proficient,” he said. Some of the beats he wrote out even have become vibrant parts of the Houston band tradition.

“He’s a very versatile player,” Burkhead said. “He played conga in the UM Salsa Band – he’s equally talented on all the percussion instruments.”

The training he received in the Ole Miss music education program has helped him grow into even a more well-rounded music educator.

“In ‘methods’ classes, we get to learn other instruments – in addition to the ones we specialize in – so we’ll know how to help teach students on those other instruments,” Ivy said. “We keep detailed notebooks of what we learn, like notes on correct flute embouchure, for example. I’ve already referred to my notebooks so many times!”

Performing in percussion and jazz ensembles at UM was another great experience, Ivy said.

“You’re playing such a variety of songs; the parts are so intricate and there are solos to improvise,” he said. “These experiences are priceless, and I’m taking all of that with me.”

Another thing he’s taking with him: an understanding of the difference a teacher can make.

“My professors encouraged me a lot,” Ivy said. “They told me about scholarships that helped me figure out how to pay for college – so many people supported me.”

Throughout his years in Oxford, Ivy has stayed close to his family – only a short drive away in Batesville – but he knows he has a second family at the Department of Music. “All the band friends and music friends I’ve made – and how much they’ve encouraged me and motivated me – I’ll value that for the rest of my life.”

Sharing experiences such as playing on “SEC Nation,” traveling together for football games, and playing at soccer and basketball games helped bond the crew. “These are friends I’ll have forever, for a lifetime,” Ivy said.

And looking ahead, Ivy knows he’ll bring all this into the classroom, because teaching music and directing bands is, for him, a calling.

“It took me a while to understand it, but I feel like I was made to do this,” Ivy said. 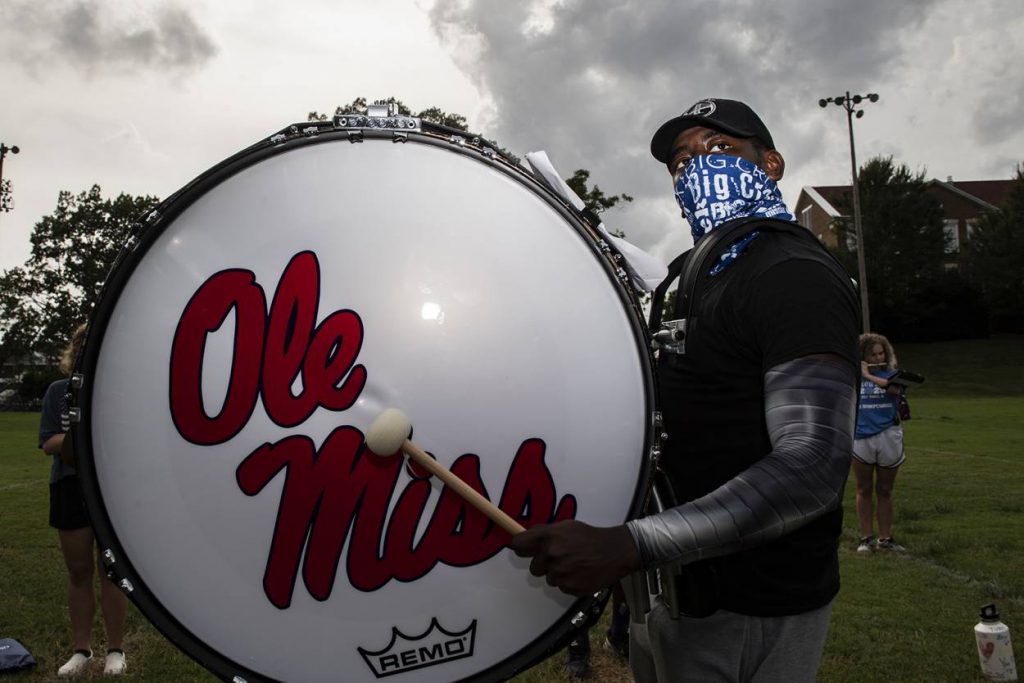 The Panola County Sheriff’s Office is waiting for the results of blood tests after an investigator with the department was... read more