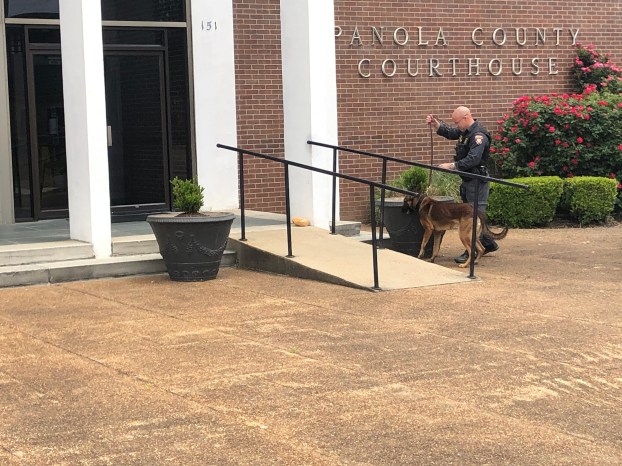 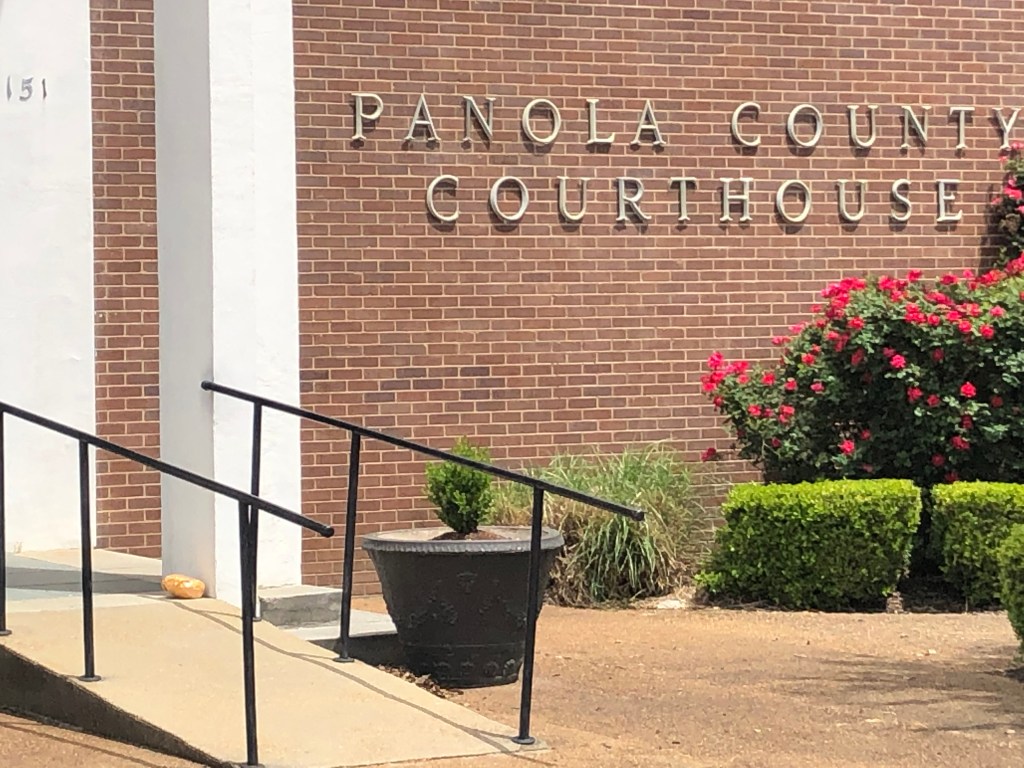 Pictured is the small package that appears to be wrapped in a tan paper, or maybe a manilla envelope that has been taped around the edges.

The package was apparently under a pile of leaves that had blown onto the Courthouse steps, and became visible when the leaves were blown away today. It reportedly weighs about two pounds, and has concerned law enforcement officials enough to close most of the roads leading into the downtown area until more can be learned.

When a bomb-sniffing dog brought in by the MHP indicated the package may contain some explosive materials, the Panola County Sheriff’s Office immediately made calls to have a professional bomb squad team from the Bureau of Alcohol, Tobacco, and Firearms come to investigate further.

Sheriff Shane Phelps could give little details, but did confirm that today was scheduled to be a term of Drug Court at the Courthouse when many people enrolled in the program would be coming before Circuit Court.

Phelps also confirmed that a man came to the Courthouse earlier and asked if today was Drug Court and if a certain judge would be there. Phelps said he could give no more information at this point.

Some early reports said Courthouse workers also warned about a bomb by a telephone caller, but that information has yet to be confirmed.

There is a potential bomb sitting on the steps of the Batesville Courthouse, and law enforcement officials have cleared an... read more