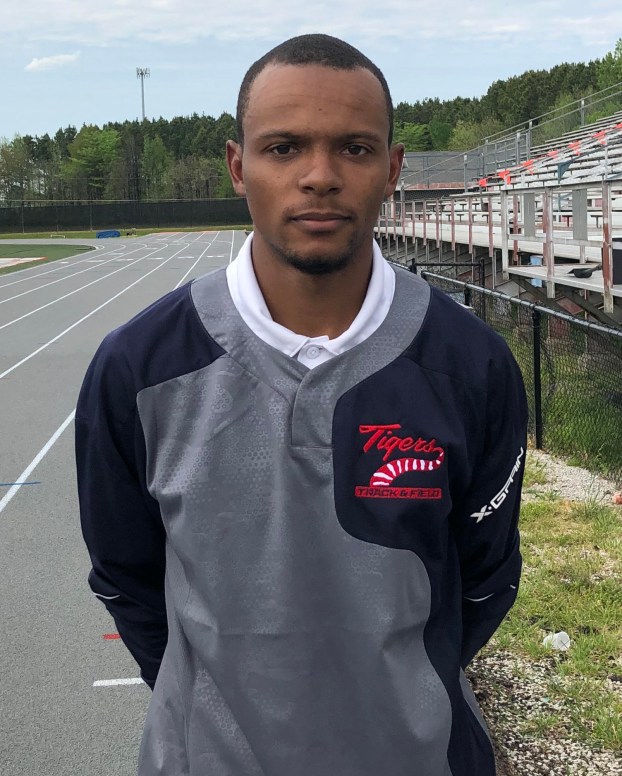 SP Track & Field coach Montez Griffin is building a competitive program. The Tigers track alum (Class of 2010) ran at Ole Miss before returning to South Panola to take over the program. (Brad Greer)

The South Panola Track and Field team continues to make waves this season after competing in the Region 2-6A meet Thursday at Clinton. A total of eight school records have been set so far.

The Lady Tigers finished second behind host Clinton while the boys garnered a sixth-place finish and will return to Clinton Saturday for the North 6A meet. Seven school records were broken on the girls side, and one on the boys squad.

In the field events, Chrystal Mayes jumped 4’10” to finish in the high jump and 13’8” to claim eighth in the long jump.

Calvin Bishop jumped 20’4” to claim third in the long jump to also advance to North State. The boys 4×800 relay team finished third and claimed sixth in the 4×100 and 4×200 meters.