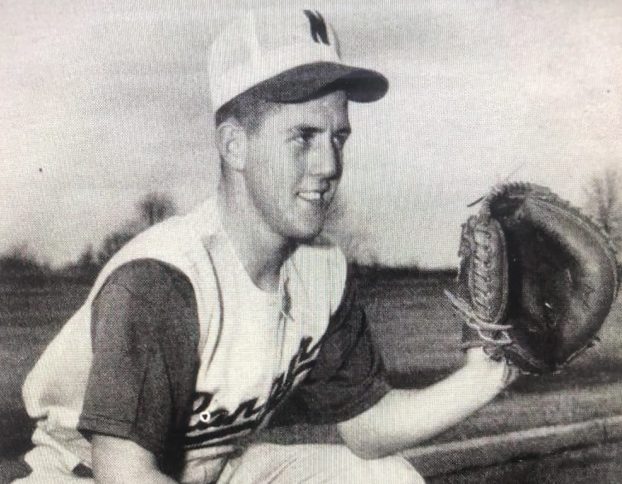 Cutline: Ronald McMinn pictured in his playing days at Northwest CC. He will be inducted in the college’s Sports Hall of Fame this Saturday in a private ceremony on the Senatobia campus. (Contributed)

The induction ceremony will take place at the David M. Haraway Center at 6:45 P.M. on the Senatobia campus. This year’s event will be a private ceremony reserved for staff and guests of inductees.

This class of inductees will count as the 2020 Hall of Fame class, as the ceremony was not held last fall during its calendar slot due to COVID-19.

Before becoming one of South Panola’s most notable coaches, Ronald “Runt” McMinn was a competitor on the diamond for the Northwest Community College baseball program.

“Coach Runt McMinn has left an invaluable legacy on South Panola School District. Throughout his 25 plus years, he influenced many students-athletes and students in a positive way,” said district Superintendent Tim Wilder.

“Particularly in baseball and football, he helped shape the programs into what they are today. We are grateful for the lasting impact he has had on the South Panola School District,” he said.

A native of Batesville, spent two seasons with the Rangers from 1963-64 under the direction of coach Bob Peterson. He led the team in hitting during his sophomore season.

Following his Northwest career, McMinn moved on to Delta State University, where he played from 1965-66. During his two years at DSU, McMinn played for Hall of Fame coach Dave “Boo” Ferris and helped the Statesmen to a combined 29-21 record, a stint that included multiple victories against Ole Miss, Mississippi State and Southern Miss.

McMinn spent his final season at Delta State diving into his first coaching role, as he was appointed as the coach for DSU’s freshman team. As Ferris departed Delta State, McMinn was also tapped as an assistant for incoming coach Don Ward.

In 1967, McMinn was hired at Baldwyn High School, where he was tasked with reviving the school’s dormant baseball program.

In 1968, McMinn was led home to South Panola High School, where he started as the head boys’ basketball coach and an assistant coach for baseball and football.

One year later, he also took on the role of head girls’ basketball coach, where he led the Lady Tigers to a Grand Slam title in 1970 after winning both state and overall state titles.

In 1971, the Lady Tigers won another state title and finished as a runner-up in the overall state championship game.

After spending 10 years with the girls’ basketball program, McMinn stepped into the head football coaching role at South Panola in 1980.

He spent 10 years coaching the Tigers on the gridiron and was also appointed as the head baseball coach and athletic director during that time.

McMinn stepped away from the sidelines in 1990, but remained as the Tigers’ baseball coach until his 1992 retirement. Although he did retire from full-time coaching roles, McMinn eventually returned to part-time coaching roles at North Delta School, spending 10 years with the Green Waves’ athletic program.

Today, McMinn continues to reside in Batesville and credits Northwest for inspiring his desire to pursue coaching. He still enjoys watching local sports, especially the games of his grandchildren.

His son Chris McMinn teaches and coaches at Magnolia Heights School. The varsity baseball coach has built the program into a Southeastern regional powerhouse and has won several state championships in the state’s private school association.