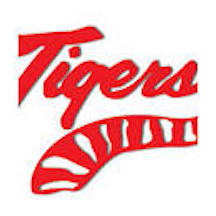 South Panola Baseball Is On A Roll

The South Panola baseball Tigers bounced back from a 5-0 loss to Lafayette Co. Wednesday to defeat Hernando 6-2 Thursday in Batesville.

Tate Anderson improved his pitching record to 2-0 with a solid six innings as the junior right-hander scattered four hits with three strikeouts. Freshman Michael Johnson, Jr. closed out the game by retiring the side in the seventh with two strikeouts and a flyout.

Hernando grabbed a 2-0 lead in the first before South Panola added single runs in the first and third innings before plating four runs in the fourth. Mari Boyd paced the Tigers at the plate with two doubles and two runs scored.

South Panola closes out a three-game home stand Saturday against Saltillo at 3 and 5 p.m

By Jake Thompson’ A group in North Mississippi is working to bring back a sport that has laid dormant among... read more