Where did pandemic fatigue come from? 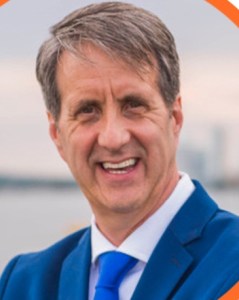 We’re coming up on a year of the COVID-19 pandemic in America. This has meant many months of confusing information, instructions, and suggestions, which have left many people divided. Sometimes, this division even occurs within small groups like families.

Some members, such as seniors, may take the virus and precautions very seriously. Others may not or could even think that the whole thing is fake and a “hoax.”

These divisions can become life and death matters since one person’s irresponsibility may be another’s death sentence. These things can almost take on a life of their own, causing much stress and difficulty within a family. This is especially true as we approach the Holidays.

But what can cause even more strife is when a family member who was previously militant about viral precautions begins to stop caring.

They relax and decide they don’t care as much anymore. These hypocritical displays can be met with antagonism from family members who previously felt controlled and restricted by the person. It can feel as though their only motive has been self-interest, which shows that no one else’s opinion is valid.

We’ve recently been hearing a new term in the news, which has attempted to shed light on what this exact phenomenon is. They’ve labeled it “pandemic fatigue.” Essentially, it is a rejection of self-imposed restrictions. So, is this a medical or psychiatric condition?

Pandemic fatigue is only as real as we agree it is as a society. It’s a label. People are becoming hopeless and behaving irresponsibly as a result. We have no end date in sight. Even if we individually do the right things, millions of others don’t care and will continue to spread the virus. People are throwing their hands up and giving up.

Let’s not excuse bad behavior by giving it a name and making it the new trend. It’s not cool to have “pandemic fatigue.” Even if a self-diagnosis garners sympathy, one cannot buy much with those coins. And perhaps they should be reserved for those who were unwittingly infected by another.

Certainly, coining a term can save lots of words spent on longwinded explanations. But let’s use language that doesn’t aim to convince people that they are ill and that it’s okay because everyone else is too. We all recall the analogy about the bridge.

Let’s not jump off with them.

Marcel Gemme is founder and CEO of  ECDOL.org –  Excellent Care, Decency, and Optimal Living. Write to him at m.gemme@ecdol.org

Capitol insurrection was a board game flip

By Angela Edwards Guest Columnist I could not think of a more appropriate day to write this article. Today is... read more