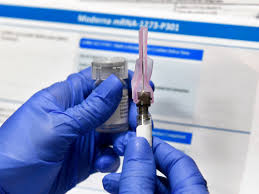 Mississippi is second to last in the nation in people receiving their initial dose of a COVID-19 vaccine, according to data from the Centers for Disease Control and Prevention.

The CDC’s tracking module, which monitors how many vaccines have been distributed and administered nationwide, shows Mississippians are getting the first dose of the vaccine at a rate of 745 per 100,000 residents. Only Kansas has a lower rate, with residents being vaccinated at a rate of 642 residents per 100,000. Georgia, Alabama and Arizona round out the bottom five.

According to the Mississippi Department of Health’s vaccination monitoring report released Tuesday, 25,324 people in the state have begun their vaccinations, which is higher than the number reported on the Centers for Disease Control and Prevention website. Dr. Thomas Dobbs, Mississippi’s state health officer, said delays in reporting are expected as data is entered into the state’s immunization database and then sent to other reporting agencies.

On Monday, Gov. Tate Reeves announced the state will speed up efforts to get vaccines to older residents.

Reeves said that he feels vaccine rollout has not gone as quickly as he had hoped, partly because of lengthy evaluations on who should get the vaccine first. But Reeves said he spent several hours with the health department Monday discussing how to get vaccines out more quickly across the state.

“We need to move fast and we need to get it out there,” he said. “We don’t need to analyze and prioritize for months and months on end, all the while debating on who is more deserving than someone else.”

Some 214 new cases of coronavirus infections have been officially reported in Panola County, with one death, in the past... read more