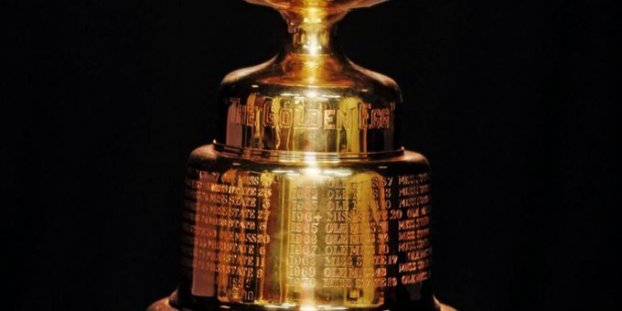 The Battle for the Golden Egg: A history of a bitter rivalry

THE START OF THE GOLDEN EGG

The Golden Egg was first proposed by members of Sigma Iota, an Ole Miss honorary society in 1927. Sigma Iota proposed that a trophy be awarded in a dignified ceremony designed to calm excited fans, after Ole Miss fans stormed the field at Starkville’s Scott Field following the Rebels’ 7-6 win in the 1926 contest. The 1926 win snapped a 13-game losing streak to then-Mississippi A&M, and was just Ole Miss’ fifth win in 23 tries. Following the game, Ole Miss fans made a dash for the goal posts, while Aggie fans took after them with cane bottom chairs and fights broke out. The mayhem continued until most of the chairs were splintered. After Sigma Iota made its proposal, Mississippi A&M approved the suggestion, and Ole Miss, two weeks before the game, officially added its approval. The trophy, to be called “The Golden Egg,” would be a regulation-size gold-plated football mounted on a pedestal. The cost of the $250 trophy was split between both schools. On Thanksgiving Day, 1927, the first “Battle of the Golden Egg” was waged before a crowd of 14,000 in Oxford. The Rebels won 20-12 and the symbol of supremacy in the series was born.

ORIGINS OF THE NAME

The term “Egg Bowl” can be traced back to 1978, when Executive Sports Editor of The Clarion-Ledger Tom Patterson decided to spice up the 1978 meeting. A year earlier, the Clarion-Ledger headline on game day had been “Egg Bowl Is Up For Scramble.” With the Rebels and the Bulldogs 6-4 both apparently out of the bowl picture heading into the 1978 game, Patterson instructed his staff to follow the “Egg Bowl” theme throughout the week. The result was a special section on Sunday, which recounted in great detail the Rebels’ stunning 27-7 victory. While the game is still officially the “Battle of the Golden Egg,” most members of the media now refer to the annual game simply as the “Egg Bowl.”

Here is your chance to pick week 11 winners online. You may also print out the ad for week 11,... read more