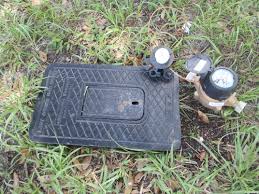 Landlords of single dwelling houses in the City of Batesville will soon be required to have separate gas and water meters for each of their properties, and will not be allowed to keep the utility accounts in their own name.

City aldermen discussed the matter at the Tuesday, Oct. 6, meeting of the board, and are expected to approve the ordinance at their next meeting.

The move is an effort by the city to have some oversight of the condition of rental property in Batesville, and the ability to check for code violations when there is a change of occupancy at a house. It would not apply to apartment complexes, or any multi-unit building.

Typically, tenants moving into a rental house go to City Hall to switch the water and gas accounts into their name and pay a deposit for each service.

City Hall will only change the account names when the Code Enforcement Office inspects the house for violations, and issues a permit verifying the property has no hazards, or after any noted code violations are repaired.

Some landlords keep the utility accounts of their properties in their own name regardless of who the tenant is, passing along the water and gas bills to the rent payers. Using this loophole, city code inspectors can be kept in the dark when there is a change of occupancy, and landlords can avoid the pesky code violations that are sometimes expensive to bring into compliance.

City officials contend some landlords in Batesville rent substandard housing, some that is dangerous because of code violations. Many electrical fires caused by old, and often outdated, wiring could be avoided – especially in the older parts of west Batesville – if inspectors could check property conditions between renters.

One downside to a new policy would be some unpaid gas and water bills that renters leaving a property would not pay, especially if they are moving out of the city and won’t need local services. Delinquent utility bills are often more than the deposit initially paid for service, leaving the city with little chance of collecting a balance other than expensive and time-consuming court proceedings.

Another potential problem is the number of “master meters” currently in place around the city that control the flow of water to several adjacent houses. If the ordinance is approved, Water Dept.  workers will have to install separate meters for each house and the city will then be responsible for water lines to those meters, potentially adding hundreds of feet of old water lines around town to the city’s care.

Essentially, the new ordinance is designed to prohibit a cluster of rental units without each tenant having an account, giving city officials a way to know the names of citizens residing in each house, if only the person responsible for utilities..

“There are all kinds of places in Batesville where the utilities are in the landlord’s name and the building code department doesn’t have any idea who is living there,” said alderman Stan Harrison. “That’s what we’re tying to stop.”