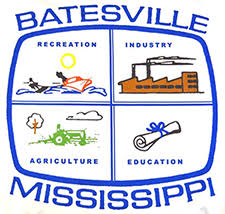 Batesville officials are expecting the city’s weekend population to swell more than usual beginning Friday afternoon, and Mayor Jerry Autrey this week urged motorists and others to use extra caution on highways and roads.

“We are going to have a lot of traffic this weekend in Batesville, and I’m always happy for our restaurants, hotels, and other businesses to have the  opportunity to do well,” Autrey said. “But, I also want everyone to be as safe as possible, especially when we are just coming out of this pandemic and things are beginning to get back to normal.”

Although there is a strict limit on tickets available and a cap on attendance, Autrey said Friday night’s matchup of No. 1 ranked Starkville High School and No. 2 ranked South Panola High School will be the premiere football game in the state and he expects many visitors for the game.

The Tigers are 2-0 on the season and are coming off an impressive showing (41-6) last week at Clarksdale High School. Starkville is also 2-0 and picked up a key win last week against Meridian.

On Saturday, Ole Miss will open its delayed 2020 football season with a home game against the University of Florida. The mayor said despite similar attendance caps and a crackdown on large tailgating groups he knows Batesville’s convenience stores and major retailers, especially on the Hwy. 6 corridor to Oxford, will be much busier than in recent months.

“Everybody in Mississippi is ready for college football to get going again and most of those fans coming to see the Rebels will be coming through Batesville,” Autrey said. “We just want everyone to stay safe and remember to follow what the Governor has said about wearing our masks and keeping social distancing.”

Batesville Police will have a high visibility presence on Hwy. 6 throughout the weekend and will strictly enforce speed limits inside the city. Patrolmen will also be watching for impaired drivers and will not tolerate dangerous drivers who put other lives in danger, Autrey said.

Just four days after being surprised with the news that longtime Police Chief Jimmy McCloud will retire in November, the... read more