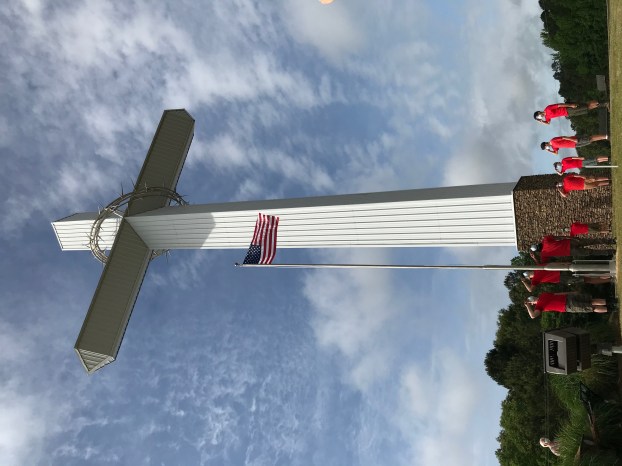 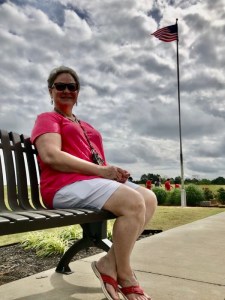 Batesville’s best-known landmark was made even nicer over the weekend thanks to the efforts of two local Boy Scouts who chose The Cross area additions as their Eagle Scout projects.

Brothers Archer and Webb Murphey, members of Troop 478, installed eight new benches, improved the current landscaping, and raised a 32-foot stainless steel flag pole at the site of The Cross near the intersection of Hwy. 6 and Interstate 55 on House-Carlson Dr., near Wal-Mart and Panola Medical Center.

The Eagle candidates were joined by fellow Scouts and family members early on Saturday, May 16, for the project. On hand to observe were local supporters of The Cross project, and others who have drawn solace and support from the replica of the cross borne by Jesus of Nazareth, including the Crown of Thorns that makes Batesville’s Cross unique among the many across the nation.

The boys’ grandfather, Smith Murphey IV, who earned Eagle status in 1952, and their father, and Eagle Scout in 1982, took part in the event.

Other Scouts in Troop 478 at The Cross on Saturday were Lofton Pace, TaDarrian Woodard, Gabriel Towles, Jakob Brien, Joshua Towles, and Jackson Thomas. 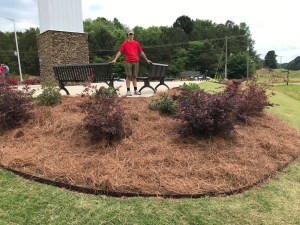 The Cross was raised June 27, 2017, following a year of fundraising and anticipation from locals who envisioned a structure similar to ones built across the Southeast. Some $200,000 was raised, mostly through the leadership of project director Carol Anne Lightsey, who readily attributes the success of the campaign to the generosity of Batesville residents.

The Cross sits on a large concrete pad and ample parking spaces with attention to landscaping has made the serene environment a popular destination for many people in the area who regularly visit.

With an array of lighting, The Cross is highly visible from I-55 and it’s not uncommon to see visitors from out-of-town and state stopped there for prayer and photos.

The 120-foot tall structure is the only one of its kind to have a Crown of Thorns, the handiwork of local craftsmen with help from Northwest Mississippi Community College students.

Recently, a national radio program host, commented on air that he believed he had seen the best looking version of The Cross anywhere when he was traveling on I-55 and passed a town named Batesville in North Mississippi. 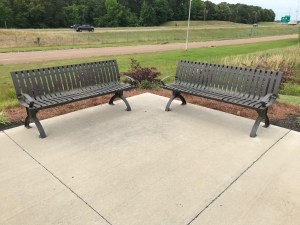 The American Crappie Trail (ACT) has announced it will hold its National Championship in Sardis and Batesville June 4-6. Batesville... read more