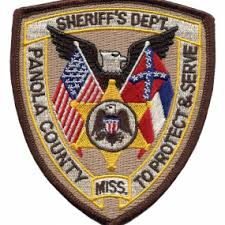 Agents of the Panola County Sheriff’s Office Narcotics Division and the Mississippi Bureau of Narcotics served search and arrest warrants in Crowder on Tuesday, May 12, resulting in the arrests of three women and seizure of drugs, cash, and weapons.

Sheriff Shane Phelps said the arrests were the result of a long, intense investigation headed by Capt. Chuck Smith of the Narcotics Division and officials from the MBI. Arrested were twin sisters Brenda and Linda Hunt, and Genise Cox.

“The Hunt sisters are well-known drug dealers and have been supplying the south end of Panola County with illegal narcotics for many years,” Phelps said. “I am extremely proud of these guys and the dedication they show every day to make Panola County a safer place to live.”

Phelps said Quitman County Sheriff’s Office deputies also aided in the operation because the Town of Crowder lies in both counties. One person was arrested by the Quitman authorities on drug and related charges.

Details of the investigation could not be released according to Phelps, who indicated additional charges may come later.

The Hunt sisters and Cox are being held in the Panola County jail on a combined $435,000 cash bond. They have been charged with multiple drug and child abuse charges.

The Mississippi Public Service Commission has announced the order suspending utility cutoffs has been extended to Tuesday, May 26,  at... read more