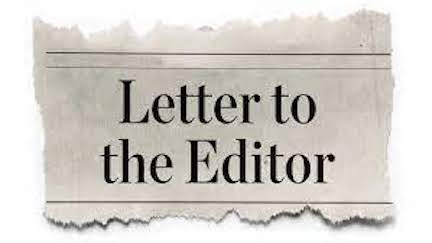 Representative not being totally truthful about tax vote

One of our local Mississippi Legislative members, Brady Williamson is not being totally truthful to the Public about the failed Mississippi Tax Freedom Act of 2021 (HB 1439) and its effects on all Mississippians.

This legislative Bill abolishes state income tax in exchange for increasing the state sales tax from its current 7% rate to 9 1/2%.  Mr. Williamson is an ardent supporter for this legislation which was introduced by Speaker of the House  Phillip Gunn in one day and voted on the 2nd day.

This legislation was passed by a majority of the members of the House of Representatives. They believe it to be a tax swap!  It is not! It was passed to the Senate and tabled for more study by Josh Harkins, Senate Finance chairman, at the recommendation of Lt. Governor Delbert Hoseman.  Kudos to Harkins and Hoseman!

A committee has been established to study the ramifications of this Bill on Mississippians. Studies have shown that this is not good legislation. The House was hoping for immediate passage by the Senate and subsequently into law.  Reader, remember, a sales tax is a Regressive Tax!

Mr Williamson, along with other Lafayette County House Representatives were strong supporters of HB 1439.  If this Bill had become law it would have meant a tax increase of 2 ½%  for approximately 20% of Mississippi citizens, individuals who presently do not pay state income taxes.

This 20%, is namely retirees, social security recipients, the working poor, students who are working to earn money to attend school, and physically and mentally handicapped citizens on financial assistance.

Mr Williamson believes that any increase in taxes should be “revenue neutral” for taxpayers and that changing the means of taxation should not cause an increase in the amount of taxes paid by a taxpayer.

However, this approach is not “revenue neutral” for the aforementioned 20%  citizens of Mississippi as they will pay more taxes. During this term of the MS Legislature, Mr Williamson used his “revenue neutral” philosophy to not vote for a 3% tourism tax in Panola County, MS.

It was his belief that the officials in Sardis had not used their previous tourism tax money for its intended purpose and therefore should be denied tax proceeds for the coming year.  Is this “revenue neutral”?  By casting his no vote, he cost citizens of Sardis over $150,000 in tax revenue.  Presently, Batesville, and even Oxford, are concerned that he may cast a no vote against their communities.

Townships and counties have elected mayors, alderman, and supervisors, who along with staff and consultants make what they believe are the best financial decisions for their town and constituency.

Final decisions made should be those made by the local officials and honored by a Representative.  All townships are different.  Some have a very low tax base and they need whatever revenue they can get.  If a town deteriorates, citizens do likewise and if a town prospers so do the citizens.  By voting against the tourism tax, Mr Williamson hurt the citizens of Sardis, my hometown.

Finally,  I will note that Mr Williamson at the Eggs and Issues 2021 breakfast held in Oxford, April 30, in a Q & A session attempted to defend his vote against the tourism tax increase for Sardis by stating that “I’ve sat down with (Sardis) mayor Billy Russell and I’ve sat down with a couple of restaurant owners that do have some interest in this”.

This writer finds this very interesting as Mr Russell has not been mayor of Sardis since 2017.  Does he not know that Sardis elected its first African-American woman as mayor in 2017.  Is he really working with Sardis city officials to help them with their needs and concerns.  Does he even know who these officials are? Does he really practice “revenue neutral”?  If so, How? Does he understand that HB 1439 is costly to certain groups of citizens.  Does he really understand that a tourism tax is mainly levied on tourists?  Is he really qualified to be a Representative for ALL people? Did he read the 331 page HB 1439?

In conclusion voters should have checked Mr Williams qualifications for being a Representative rather than listening to his promises.

Open letter to Mississippi parents about vaccination in adolescents

Mississippi children have faced many trials and challenges this past year during the COVID-19 pandemic. They have missed in-person learning.... read more