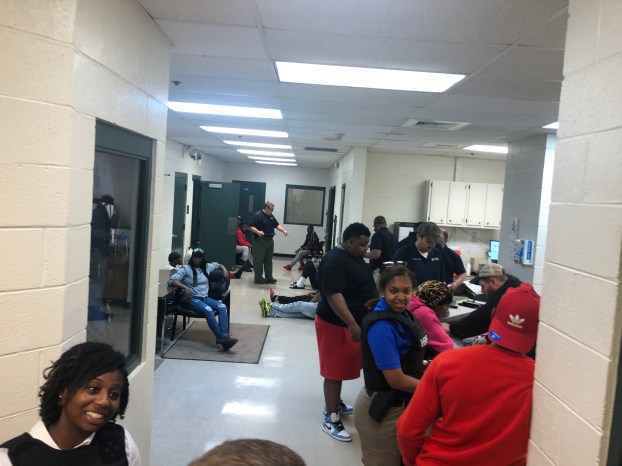 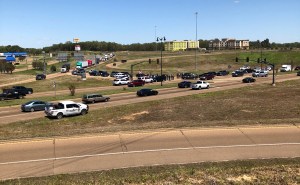 Officers from both the Panola County Sheriff’s Office and the Batesville Police Department assisted multiple state agencies in a roadblock to stop several vehicles being pursued from Tate County and traveling south on I-55. Early reports said the people in the cars and van had been involved in a shooting incident in the Coldwater area before finally being stopped in Batesville.

Both Sheriff Shane Phelps and Batesville Chief of Police Kerry Pittman were in Pope assisting with the county’s Thursday food giveaway when they were contacted by MHP asking for the local assistance in forcing the vehicles to exit the interstate.

An eyewitness to the beginning of the hours-long ordeal said the vehicles took the main exit ramp off the interstate at Batesville and were blocked in by officers who were waiting at the end of the ramp where Hwy. 6 begins. The eyewitness said officers surrounded the lead vehicle with drawn weapons, but no shots were heard at the scene. She said it was several minutes before officers were able to begin removing people from the vehicles.

Meanwhile, traffic on busy Hwy. 6 was blocked in all four lanes with the eastbound traffic backing up to Eureka Road and westbound traffic well past Lowe’s and Tractor Supply. Many drivers exited Hwy. 6 to the frontage road and stood against the fence to watch the events unfold.

Over the next two hours multiple people were handcuffed and kept in groups around the scene and some were kept prone on the ground as investigators began to search each one, as well as the vehicles. Officers in the jail’s booking area would answer no specific questions, but several evidence bags from the scene were being labeled and documented.

The booking area was filled with people in handcuffs and officers from several agencies. Sheriff Phelps said while the events unfolded in Panola and the local jail was the headquarters for the investigation, he could not release many details because the investigation was being led by the state agencies and local deputies and investigators were serving in a supporting role.

“I can say that the BPD and the Sheriff’s Office provided our full support and we are here to work with all agencies,” Phelps said. “A big thank you goes out to all the law enforcement personnel from the MBI, MBN, MHP, and everyone else who participated in this operation. We didn’t have much time to get ready, but everyone did a great job.”

Pushed for details, Phelps did confirm the people taken into custody were part of the “posse” or “entourage” of the Memphis rapper Big Boogie, who was performing a concert at LP’s Ballpark outside Como, on the Panola-Tate county line,  on July 11, 2020.

At that event two people were killed – L.V. Wilbourn and Jasmine Bradshaw, a pregnant woman who died in the medical helicopter on the way to The Med in Memphis.

Sheriff’s investigators worked the case for several weeks before Sheldon Gibbs, 20, was identified as a shooter and arrested in Memphis by U.S. Marshal’s.

Big Boogie records for the CMG (Collective Music Group) label started by fellow Memphis entertainer Yo Gotti. Also on the label is Sheldon Gibbs, who served as part of Big Boogie’s entourage and himself performed under the name of Chubba Dan.

“Yes, we are familiar with this group of people for the most part,” Phelps said. “Names surfaced during the original investigation after the rap concert at LP’s.”

It was unclear whether Big Boogie himself would be charged with a crime or be able to make tonight’s concert. 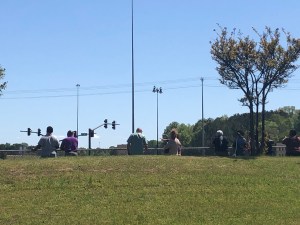 Associated Press Ten-digit dialing is coming to northern Mississippi this year. Customers in the 662 area code will have to... read more