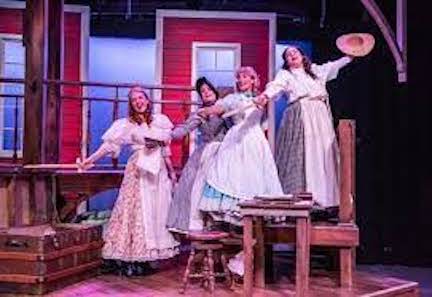 Tickets are now on sale for Little Women The Musical set to run at Panola Playhouse in Sardis April 23 to May 9. Tickets range from $10 to $15 and can be purchased from the website www.panolaplayhouse.com. There will also be a “pay what you can” night, per the theatre’s general rule for productions.

The play will be a special one for the cast and all associated with Panola Playhouse. The show was originally slated for the winter of the 2020 season, but those plans were canceled by the deaths of director Wesley Williamson and actor/benefactor Ed Woodall.

The playbill still lists Williamson as director, and the production is dedicated to his and Rev. Woodall’s memory.

Based on Louisa May Alcott’s life, Little Women follows the adventures of sisters Jo, Meg, Beth, and Amy March.

Jo is trying to sell her stories for publication, but the publishers are not interested – her friend, Professor Bhaer, tells her that she has to do better and write more from herself. Begrudgingly taking his advice, Jo weaves the story of herself and her sisters and their experiences growing up in Civil War America.