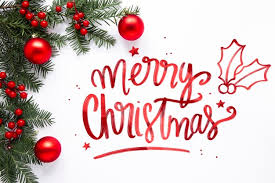 Saying that it was one of the hardest decisions he’s made on behalf of the City of Batesville, Mayor Jerry Autrey today announced that he has canceled the city’s annual Christmas Parade due to lack of participation because of the coronavirus pandemic.

“I hated to do it, but you can’t have a parade with two floats,” Autrey said Thursday. “I waited and waited but we just don’t have the participation this year. People who normally are making floats and doing things for the parade can not do them this year. ”

Autrey said parade director Mark Shields had informed him that just two applications had been returned for floats and other entries, and that it was apparent the participation level was not enough for a parade, which was set for the second Tuesday in December this year.

“I know some people will be disappointed, but there is nothing we can do but hope for next year,” Autrey said.

The mayor said work is continuing today for this Sunday’s Holiday Open House for all the city merchants, and encouraged citizens to support local businesses during the annual event.

“They are decorating on the Square today and tomorrow and everything will be really nice and get us ready for Thanksgiving and Christmas,” he said. “We want everyone to attend, but remember to wear masks when you need to and let’s keep this virus from getting any worse in Batesville.”

The Christmas Parade has been a tradition in Batesville for many years. At its high point, thousands from the city and trade area would line the streets leading to the Downtown Square to watch dozens of floats, marching bands, and groups walking the route.

Enid Lake Baptists Church volunteers have headed up the planning of the parade the past few years, which still draws between 2,000-3,000 people, especially when in years when the weather is nice.

Autrey said if any additional Christmas events are scheduled to make up for the loss of the parade, we will make the announcement as soon as possible.