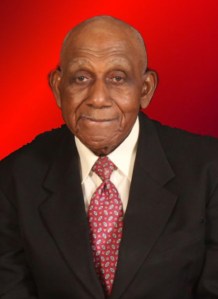 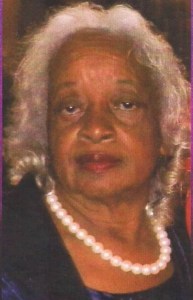 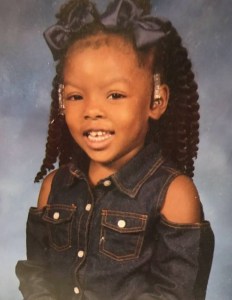 Additional Photos Can Be Seen Here

The year 2020 is a year that will not be forgotten – coronavirus, wildfires, hurricanes, civil unrest, racial inequality, Black Lives Matter, looting, burning, protest marches with blacks, whites and other nationalities all for the same cause, police brutality, virtual learning, remote working, toilet paper and paper towel scrambles, face masks as a fashion statement, social distancing as the norm, celebrations as drive-throughs and drive-bys, and everything closed, including churches, malls, schools, canceled sports and President Donald J. Trump. Name it, it happened, what a year.

Even though time seemed to have stood still at times, there still stands in North East Panola County at Hwy. 310 East, Como,  the Cistern Hill Missionary Baptist Church, not the original, but a representation of one that has come through two fires, one windstorm, and two splits, forming two other churches, and, of course, the year 2020. There it still stands as a beacon of light for those seeking refuge.

The Emancipation of Proclamation was issued by President Abraham Lincoln in September 1862. It became effective Jan. 1, 1863, freeing the slaves in all territory still at war with the Union. The country began to change in many ways.

Move ahead to the year 1870. Seven years later on Feb. 25, 1870 Hiram Revels became the first African American to be sworn into office in the U.S. Congress. He was a Republican Senator from Mississippi.

Feb. 3, 1870 – the 15th Amendment to the U.S. Constitution is ratified giving all men the right to vote, including black Americans and native Americans. Women, though, were still not allowed to vote.

The first church was a “bush arbor” or “brush harbor.” These types of structures were first built in uncultivated areas as temporary residences and religious communities.

And so was the beginning of what is now known as Cistern Hill Missionary Baptist Church. The Church was organized in 1870 by Dr. Wool Small and Dr. Michael Van. There was a cemetery at the site. It’s no longer there. The belief is that the headstones are piled in thickets nearby. The graves are plowed over. There is still a pool in the area.

The late Deacon Early Boyce told of times that he and the late Deacon Alex Lewers would sometimes after Sunday School walk to the area.The late Arilla Kerney stated that she and her friends often fished from the pool. I remember the cemetery, because my sisters, The late Arilla Lomax

Bingham Olivet Lomax Montgomery, and I picked berries and plums from that area. My mother made jam and jelly from the plums and berries.

That Church, the bush arbor, was destroyed by fire. The Church was then moved to the present site. The land for this church was given by Hugh McGhee. This church was described as a big, windy building, once white washed and behind it were a field of weeds and graves. This information came from ​The Pavilion​, a book written by Stark Young, who lived in Como. Hugh McGhee was the uncle of Stark Young.

This second church was destroyed in a windstorm. It was replaced as a brick structure. It was said that the members hauled bricks and other building material on mule-drawn wagons, My mother stated that at that time, each family paid $100  to help rebuild their church as a brick structure. This church was built in 1929 and paid out of debt in 1934.

The churchyard at that time had many beautiful trees. For the celebration of the church anniversary, members would bring food and place it on tables outside under the trees.

One week of the year, there was the church revival. It began the second Sunday night in August of each year. The revival would go from Sunday night to Friday night – night and day.

During revival week each person, especially children at least 11 years old, would take a seat on the front seat which was called the Mourning Bench. Visiting ministers usually preached during revival.

The ministers, and the deacons, and the Mothers of the Church would sing and pray to the mourners encouraging them to confess. After their confession, they would be ready for baptizing and becoming a member of the Church. Then the baptizing would take place the next Sunday morning in a pool outside the Church on one of the nearby plantations.

Throughout the years from 1929, many updates and additions took place.

In 1965, the Church’s first remodeling was of the sanctuary. In 1973 bathrooms were added; 1977 enlarged the Sanctuary, choir stand, fellowship hall, and pastor’s study; 1985 installed a baptizing pool.

On Aug. 9, 1994, Cistern Hill was again destroyed by fire. It is believed that someone set the church on fire. There were signs that flammable liquid was thrown on the building and set afire. There was also a container found in the driveway that is believed to have been used to carry the liquid.

The new church was opened for service on April 24, 1995. It was larger and more modern. The sanctuary can seat comfortably 400. It contains a balcony and a large choir stand.

There is a fellowship hall, pastor’s study, finance room, classrooms and other necessary rooms. The building contractor for this church was Deacon Emeritus Elbert “Big Daddy” Lewers. The church and all furnishings were completely paid for – debt free with $1,300.00 left in church treasury.

In 1998 a porch was added and the parking lot was paved. In 2014 we were blessed with 15 acres of land. This land was donated by the Orr family, descendants of the family who donated the land for the first church beginning in 1870. The church today is made up of sixth and seventh generations.

Several members of the Church are or were ministers at other churches. The late Rev. C.C. Cathey served as pastor of McIvor Baptist Church in Sardis. Rev. Clarence Guy now serves as pastor of Spring Hill Baptist Church, Strayhorn.

Bernard Montgomery was ordained as a minister at Cistern Hill. He is now the pastor of New Bethel Baptist Church, Hernando. Minister Delores Jennings Carter established and built a new church The Intercessory House of Prayer in Como.  She is the pastor.

The longest current member of Cistern Hill is Deacon Emeritus Elbert Lewers, who has been a member for 83 years, and served as church treasurer more than 40 years.

The second oldest member is Ernestine Lomax Bridgeforth at 75 years. She has been Sunday School secretary, a trustee, and is the church historian.

Third longest membership rights go to Elnora Lee Jackson, who has served at Cistern Hill for 74 years. She was the adult Sunday School teacher for 40 years, and started Vacation Bible School at the church 50 years ago.

Service at the church went from one Sunday a month to twice monthly, and today we are full service each Sunday. Today there are 150 to 200 active members.

The members of today’s Cistern Hill are well-known as participants in community government and activities:

We were and continue to be an active church. During this time of Covid 19, our services have been virtual. They are online each Sunday. Some activities are drive-through or drive-by. To celebrate the 150 year anniversary, there will be a drive-through pick-up dinner after the online sermon.

The present-day pastor is Rev. Cedric L. Richardson, who is also superintendent of the North Panola County School System. He has been pastor for 22 years.

For six years, Cistern Hill served as the distribution center for the Mobile Food Pantry. Every two months, food was passed out to 400 to 600 households. Now the Panola County Sheriff Department and the Emergency Management Department use the Church’s parking lot to distribute boxes of food.

Cistern Hill has come through the years making changes and conforming to the times. From mules and wagons to cars, from lamp lights to electric lights, and all other technological changes, especially the cell phone. Recognizing and accepting change as the years passed, we survived.

Cistern Hill for 150 years has been a beacon of light for the surrounding community. This church has a long and full history. What are the long-term effects of Covid 19? Will the church survive? One scholar states, probably not, certainly not in its current form. But the massive uncertainties that just about the entire world now faces, also call for massive infusion of hope, service, and rebirth.

Here is hoping that the present and future members will be as diligent in taking care of the church as the founders and older members were.

We give thanks to Almighty God for having preserved and brought His Church to this day. The Cistern Hill body is a soldier in the army of God. The lord Jesus is our commanding officer. The Holy Bible is our code of conduct. Faith, prayer, and the Word are our weapons of warfare. We are taught by the Holy Spirit, trained by experience, tried by adversity, and tested by fire. We still stand. May we continue to progress in spite of Covid 19. Let’s always put God first. .It is our sincere hope that others will continue this legacy.

(This information came from several sources: the late Deacon Frank Hunter related some to the late Arilla Kerney and to Elnora Lee Jackson. My grandmother, Arilla Jones Lewers, daughter of Santanna and Mariah Simmons Jones, who were members of the first Church; my mother Lucy Mae Lewers Lomax told some; some came as research done by Ernestine Lomax Bridgeforth.)

Linda Pitcock, Angela Carter, and Patricia Benson gathering materials for the local drive to send gifts to around the world... read more