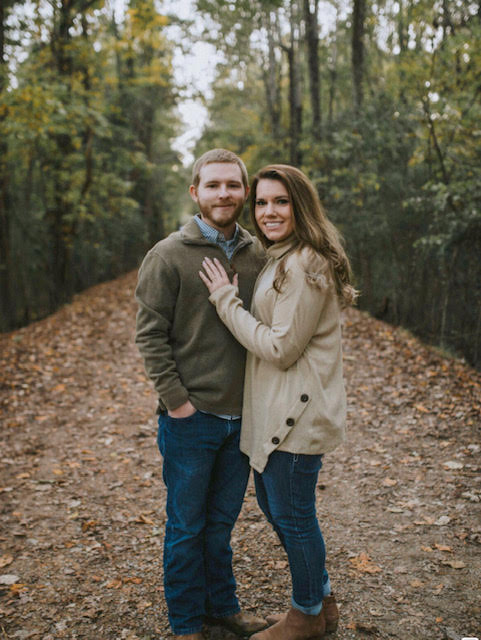 Jeff and Margo Bailey of Pope announce the marriage of their daughter, Amelia Belle Bailey, to Joshua Ervin Byers, son of Tommy and Sarah Byers of Olive Branch.

The bride is the granddaughter of Eugene and Peggy Bailey of Tillatoba, and Corley Thompson of Scobey, and the late Peggy Thompson of Pope.

The groom is the grandson of the late John and Mary Byers of Ingrams Mills, and the late Raymond and Mary Snipes of Olive Branch.

The bride graduated from South Panola High School in 2013 and the University of Mississippi in 2017  with a bachelor’s degree in music with an emphasis in music education.

She is the music teacher at Batesville Elementary School.

The groom graduated from Olive Branch High School in 2013 and Mississippi State University in 2018. He earned a bachelor’s of science in environmental conservation with a minor in remote sensing.

He is a soil conservationist with the Natural Resources Conservation Service in Coffeeville for the United States Department of Agriculture.

Connor garden spot in Eureka one of county’s best

Linda Connor has one of the most attractive gardens in Panola County, and says a successful garden requires hard work.... read more